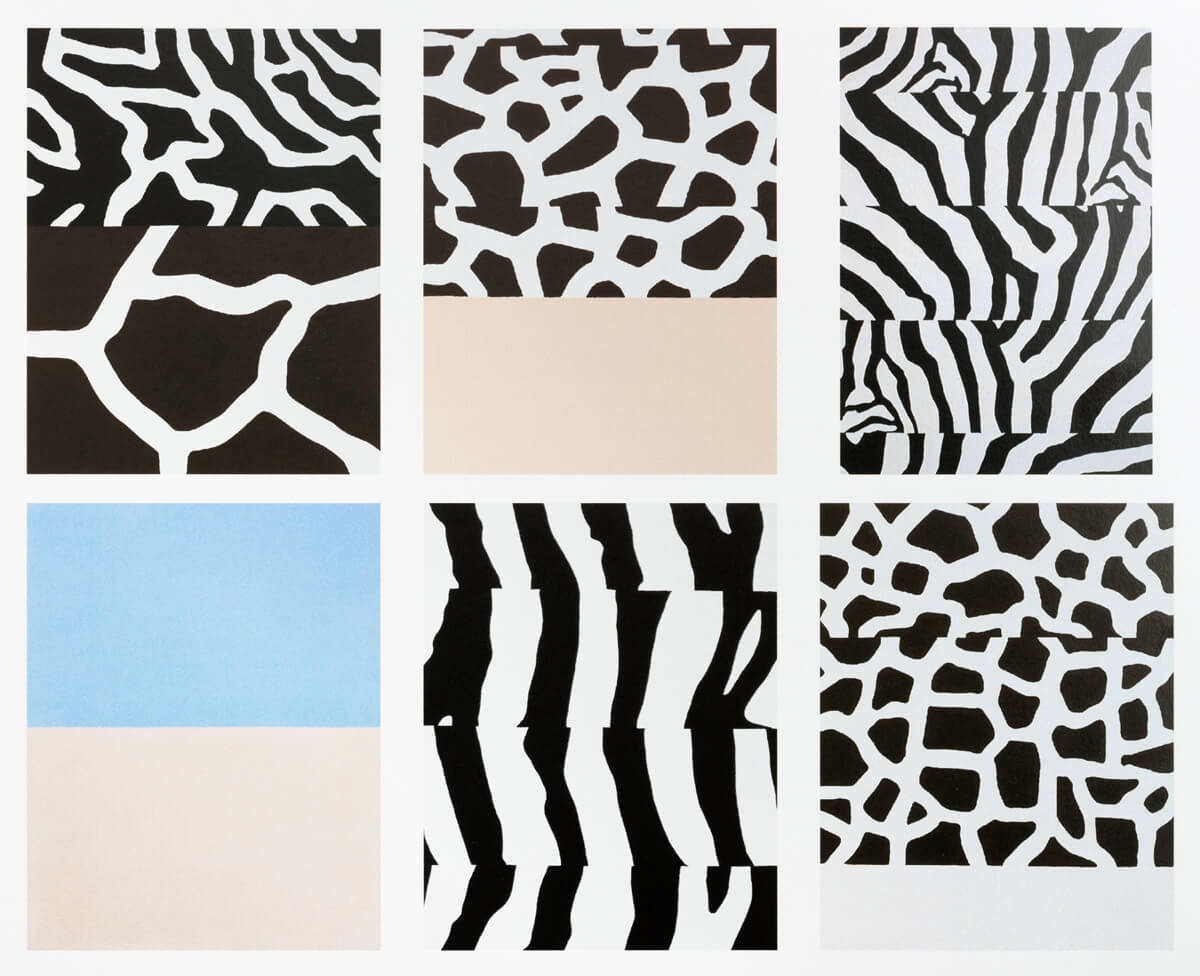 „Stößel’s series of paintings takes on this very concrete, visual inflation and in the varied, yet merciless repetition of motif (be it zebra or tiger fur) the inevitable over saturation and tiring becomes evident. By quoting the pattered fabric, Stößel creates an imitation of the imitation and plays with the painting in respect to the identity forming factors. Thereby, we see not least the poles of individualism and uniformity, which at the point of seduction very easily become one. „Fur for everyone“could be the motto for his most recent work and illustrate the point where luxury turns in to banality.

„…Stefan remains loyal, while pursuing his painter’s craft with extraordinary precision. The arbitrary traces within the focused, bordered ornamental areas is something he only hesitantly allows. He deals with calculated paining that may touch upon cliché abstraction, but never chases after naturalistic effects.“

Before the era of photography, drawing was considered a prerequisite of painting and a medium to assist in appropriating the world. Already in Pliny, we find the myth of the birth of drawing from the fine outlines of human shadow. Sven Braun continues this genealogy. If „Tableau“ is an invitation to fill an empty space with imaginary imagery, then this possibility is externalized in works such as „Kirschbaumschatten“ (Cherry Tree Shadows,2000). Shadows and their absent objects work here as an extension of a Plinian tradition of the origin of the art of images (from the spirit of silhouette and contour drawings) and as an inter-dependant pair to the constitution of reality. The painted shadow, free of its object is understood as a reflection on the history of the medium, but formulates however, it’s unease with haptic deficits in favour of virtual surrogates – form a very unexpected point of view, that of painting.